Migrants: how to know if they are minors? 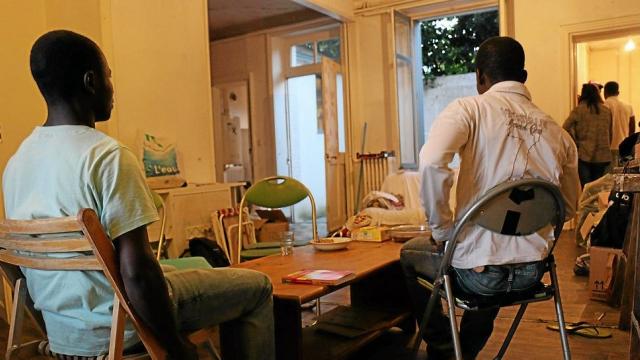 This basic issue needs to be managed if you want to apply correctly all the international regulations which gives protection to children. Is this young foreigner under 18 ?

The answers are unsatisfactory. Example in Loire-Atlantique

Checking the authenticity of documents

The first step when the young migrant fails the territory with civil documents is to check his documentation and specially its authenticity ; for example, a birth certificate is real or fake. That is the work of the border police.

His expertise relies on document templates, listed on the databases of the birth of the countries concerned. Police officers verify the pre-printed text, the paper used, any previous entries in the EU, etc. Young people are considered minor until the result.

This technique, though it may seem effective, is nevertheless often deemed insufficient. If the documents are authentic, it does not necessarily mean that they actually belong to the person. If they are wrong, this does not mean that the migrant is major.

The County Council is responsible for determining whether the young person is a minor, based on a specially trained professional. Loire-Atlantique gave this task to the Saint-Benoit-Labre association.

Within an hour, the young foreigner answers fifteen questions. A lawyer, a sociologist or an educator manages the interview. The young must present himself and his family, detailing his lifestyle and his schooling in his country of origin, the reason for his departure, where are his parents and relatives and his projects.

During these interviews made here or in other departments, description of the journey that led him to France looms large. The physical appearance, sometimes described subjectively (very large, very hairy, or too upright to be minor) is also studied closely.

After the interview, the assessor gives his opinion. The report is then forwarded to the county council and the Nantes parquet decides a support or not. In case of refusal, the juvenile judge may be seized.

If doubt remains, the prosecutor ordered medical tests. It is a way which is very contested, judged unreliable and by some humiliating. It goes through two radios : firstly, you scan the jaw to observe if all teeth are outputted, second, you scan the left wrist. The examination of  genitals parts is now excluded !

The result is compared to an atlas, established in the late 40s on a US population. A margin of error of plus or minus 18 months is allowed. The High Council for Public Health has published a notice in 2014. Nantes’s Doctors have also signed an appeal in 2015 to outlaw these tests.